Laboratory comment:
We received scales of the variation immaculatum, what stands for spotless, from Pontus Wallstén in spring 2021. It is about an extremely rare variation which likely doesn´t come true from seeds, hence it has an urgent use to clone it. We are expecting a likely different clone from Australia in 2022 but not sure if a crossing of both will be successful later. 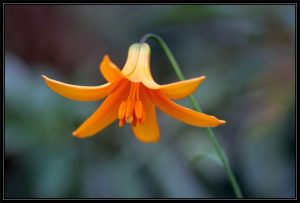 Taxonomy:
Kews describe no infraspecifics although canadense owns an incredible variety of colors and patterns in its flowers. One is inclined to distinguish var. flavum, rubrum, coccineum, editorum (the latter listed separately) and clones which are anyhow in-between. Most of the flower-colours and patterns can be kept when acting carefully in the pollination and the expected colour-types usually come true from seeds. We are tried keeping the different clones/strains plainly apart from each other.

product-image of var. rubrum in courtesy of Della Cooper